Our instructors bring years of experience in flight training. Through our experience, our goal is to evaluate where your strong points are and where you can improve. Once evaluated, we work with you on those situations you can benefit and sharpen your skills through. At times it can be challenging, but the benefit to you is what we truly care about. We want you to leave a better and more prepare pilot than you arrived as.

A lot of situations can arise where emergencies and malfunctions can occur. If you fly for long enough in your life, you will likely experience a scenario out of the normal operations of the aircraft. When that happens do you feel confident in your ability? The real answer is that no one really knows how they will react. Our goal is to help you navigate your reaction to those situations and prepare you to handle them better the next time you find yourself in similar situations. We don’t train you to fly the airplane or use your equipment under normal conditions. You already went through that. Our goal is to guide you through the abnormal scenarios and leave you feeling a little more comfortable with the uncomfortable. 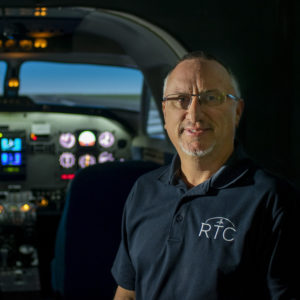 Troy Short began his flight career in 1985 where he studied Aviation Technology at St. Petersburg College. Between 1985 and 1990 Troy completed course work at Embry-Riddle while earning his Commercial SEL/MEL and CFII.

During the 1990’s Troy volunteered with the Civil Air Patrol as a check airman pilot, conducted training classed and took part in search/rescue missions. Up until the early 2000’s Troy was a flight instructor for Part 141 flight schools.

In early 2000, Troy slowed down his instructor time to accept a position with a Fortune 500 company and start a family. With his focus on his career and new family, Troy stepped down from the Civil Air Patrol but has continued to instruct part-time.

Today, Troy has an active flying schedule and instructs with RTC.

“To guide the student’s dream of flying into their reality.”

What do customers say about Troy?

“Troy was unbelievably accommodating in and out of class. He drove me around on his own time during off hours to make my time in town easier and more affordable. He also took his time with giving me the right answers and if he didn’t know something he worked hard to find out so I wouldn’t leave with any unanswered questions. It was a great experience.”  -Dave Shapiro (Piper 31P Navajo)

Howard Cox began his aviation career as a helicopter mechanic in the United States Marine Corps during the early 1960’s. After being Honorably Discharged from the Marine Corps, he began working on his private pilot certificate in 1967.

Howard took a break from aviation by embarking on a career in business, but made the decision to return to aviation in the 1990’s and complete his Commercial SEL/MEL, CFII. Howard began a part-time career as an instructor/pilot in 1993 and became a MEL ATP in the mid 2000’s

Howard has been a full time instructor and pilot since 1996. He joined a major national flight training company in the year 2000 as an instructor, progressed as a Director of Training, and was heavily involved in the company’s FAA Part 142 certificate. He was with the company for 18 years before semi retiring.

“To work one-on-one with the student. I want to blend what the student wants with what is actually required”

What do customers say about Howard?

Bob Kendrick attended college in Missouri for Psychology, but quickly realized that he wanted to pursue a career in aviation, as it has been a part of his family for years. After building his flight time for 6-7 years, Bob received his first aviation job as a flight instructor and obtained his CFI, CFII, and ME. He then progressed into a career as a commuter pilot and then eventually as a Part 121 pilot.

Bob served as a captain and a check airman pilot flying under contracts with Evergreen International Airlines for Air New Zealand, Quantas, United Parcel Service, Saudia, and Air France. During his time as captain, Bob flew the B747-400, 747 Classic, DC-8, and the DC-9. His travels took him all over the world, including the U.S, Europe, the Middle East, Europe, India, and the South Pacific. Bob accumulated over 11,000 hours in the 747 and exceeded 15,000 of turbine time.

What do customers say about Bob?

“Bob Kendrick is a real asset to RTC!!! His experience and knowledge that he brings to the table has certainly opened my eyes to situations that not every recurrent training facility has offered in the past. I am thoroughly satisfied with his instruction and technique.”  -Christopher Baumann (King Air 200)

Even as he pursued his dream of becoming a professional baseball player, Louis Fierro was always interested in aviation. Today he has been flying for over 50 years, accumulating 29yrs & 28,000hrs of flight time, with his first solo flight in Feb of ’72. Before joining the team at RTC, Louis has flown for numerous entities including, Hollywood Flying Service, CCA, National Jet, Jet charter service, Air Florida, Imperial Aviation, UPS, and the one and only Al Gore.

What do customers say about Louis?

“Louis and the entire crew did a great job! Louis was very thorough. I appreciate all his experience. Daimely was also very helpful in getting me scheduled in at a date and time that worked for me.” – Gregory Thompson (C340) 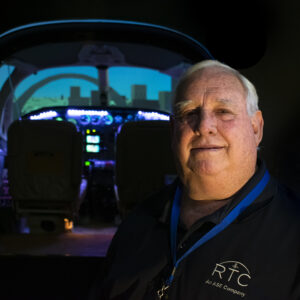 In a world of aviation, Pat’s father was a huge influence for him. Pat had his first solo flight on August 1st, 1967. Before joining the RTC team Pat flew for Atlantic Southeast, Southern Express, Dolphin, Biltmore Construction, Marolf Inc, and St. Pete Airworld. 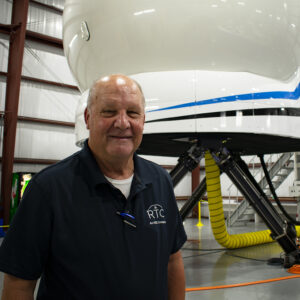 Jim has been flying since 1972 and retired as a Captain with American Airlines with more than 26,000 hours of flight time. Jim has been interested in the aviation world ever since he was a kid and never thought about working anywhere else besides in the sky. Before joining the team at RTC Jim has flown for American Airlines, Milwaukee Jet, Aerodyne Beechcraft, US Airways, Chicago Beechcraft, Cessna Aircraft Co., Eastern Airlines, and Jonson Controls Inc.

“To strive to teach my students a safety-first and knowledge-driven philosophy. To connect a love of aviation with continuing desire to learn and improve flying skills to maximize safety and enjoyment of flight”

What do customer say about Jim?

“Had an awesome time learning the fine details of the aircraft. Getting to examine prior incidents of similar aircraft allowed me to see real world scenarios and what i could do different to have a safer outcome.” – Parker Rathbun (C414/421)

Before wanting to be a pilot, he wanted to be rich. Today, he has been flying for over 50 years. Charlie’s time in the US Army influenced his interest in the world of aviation. Charlie’s favorite aircraft’s to fly are the 600 Aerostar and the C90-B KingAir. Before joining the RTC team, Charlie flew as a Chief Pilot at Linder Industrial Machinery, Bilberry & Associates, Latt Maxcy Corp, and Cone Constructions. 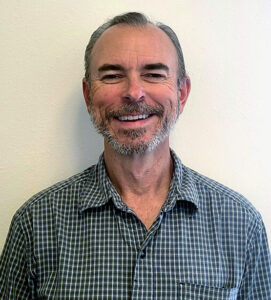 Kirk has been flying for 40 years starting at the age of 16. He began his professional flying career at 18 as a co-pilot on a King Air B100 and Citation II operating in and out of Chicago O’Hare. After a 27 year career at United, Kirk recently made his final landing at O’hare when he retired early as an Airbus Captain. Along the way he has accumulated 21,000 hours, flown for several large corporations, a few regional airlines and has remained active in the GA world having owned and operated various twin Cessnas and an MU2.

“To me, simplicity is paramount to safety. At RTC I’m able to tailor training to the individual by offering one-on-one training that is superior to the cookie cutter approach of some of our competitors. I still fly many of the airplanes I teach so I feel I can better relate to my clients”.